I don’t think,…therefore I am 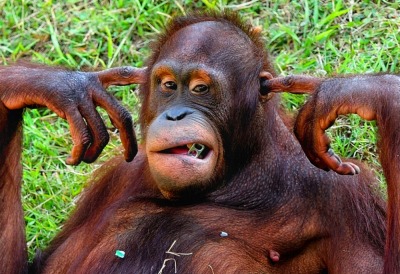 [This article was first published in Catalonia Today magazine, July 2014.]

"Jews are responsible for most of the world’s wars."

This is "probably a true statement" according to one in four people across the entire planet, a recent global survey has found.

It would be easy to dismiss these kinds of stereotyped opinions as the ill-informed ignorance of a small minority, except that nearby events of the last few months show that discrimination and prejudice of many kinds are seemingly much deeper and more widespread than we might like to think.

At a Brussels Jewish museum in May a lone gunman shot dead three people, including two Israeli citizens on holiday. Only hours later, two Jews were attacked and beaten in Paris as they left a suburban synagogue.

In fact, following from another public slaying of three Jewish children and a Rabbi in Paris in 2012, more than 1,400 Jews left France to live in Israel in the first three months of this year, now making it probable that 2014 will see the biggest exodus of French Jews to Israel since that country was established in 1948.

The results from France’s municipal elections in May seem to prove that getting out of the "land of liberty, fraternity and equality" is a prudent decision for those minorities without that promised equality.

The far right National Front party there has just received it’s best ever voter support in municipal elections and actually won the European Parliament elections with 25% of the vote.

In the Ukrainian city of Donetsk, Jews leaving their local synagogue were handed leaflets from the new pro-Russian military that ordered them to pay a fee and register their property. They were threatened that failure to comply would lead to their assets being confiscated or even deportation.

One resident of the city said that she had never experienced anti-Semitism until she saw the leaflet but it reminded her of when the Nazis occupied the area in 1941. In that part of the world and across wider Europe we know that there has been a long and terrible history of violent "pogroms" against Jewish people.

But it is not just religious bigotry that is increasingly finding it’s way into the light.

If you have a dislike of homosexuality then you can be comforted by having entire national governments that share your intolerance. Apart from Russia’s new anti-gay "propaganda" laws, in the continent south from here homosexuality has become a criminal offence in Burundi, South Sudan, Uganda and Nigeria.

Even Australia’s Prime Minister Tony Abbott has come up with more than 200 million dollars in new funds in a bid to push his anti-gay attitudes into schools through so-called "emotional and spiritual support" chaplains.

Meanwhile, another survey has discovered that a staggering 43% of Americans would not vote for any presidential candidate who declared them self to be an atheist.

Just as surprising was that 40% would also not cast their vote in favour of a president of who happened to be a Muslim.

Equally, the possibility of a lesbian or gay president of the "free world" would almost certainly be blocked by the 30% of Americans who openly admitted that they would not support their commander in chief being of that sexual orientation.

But where do these attitudes come from?

I think that purely and simply they can be a result of collectively identifying ourselves as different from others. If we are X and they are Y, then oh, that is a relief because now I know who I am.

As George Orwell wrote, this is "the habit of assuming that human beings can be classified like insects," and something that I believe is done instinctively by extremists and others who don’t have what is needed to create their own beliefs.

At it’s core, this mindset of segregation and separation tips 17th century philosopher René Descartes celebrated phrase "I think, therefore I am" on it’s head.